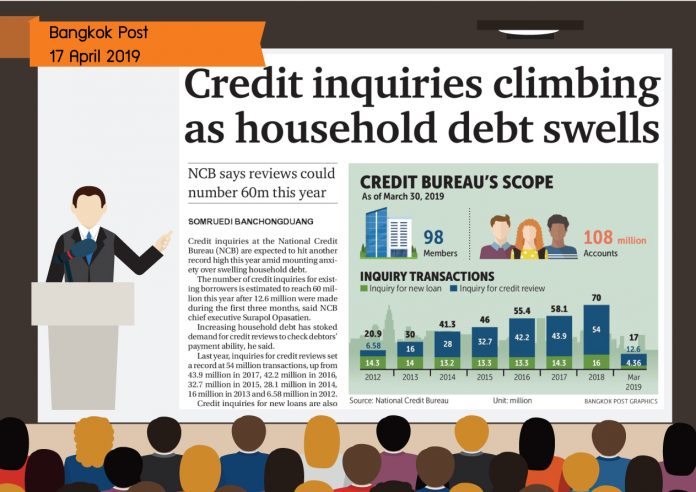 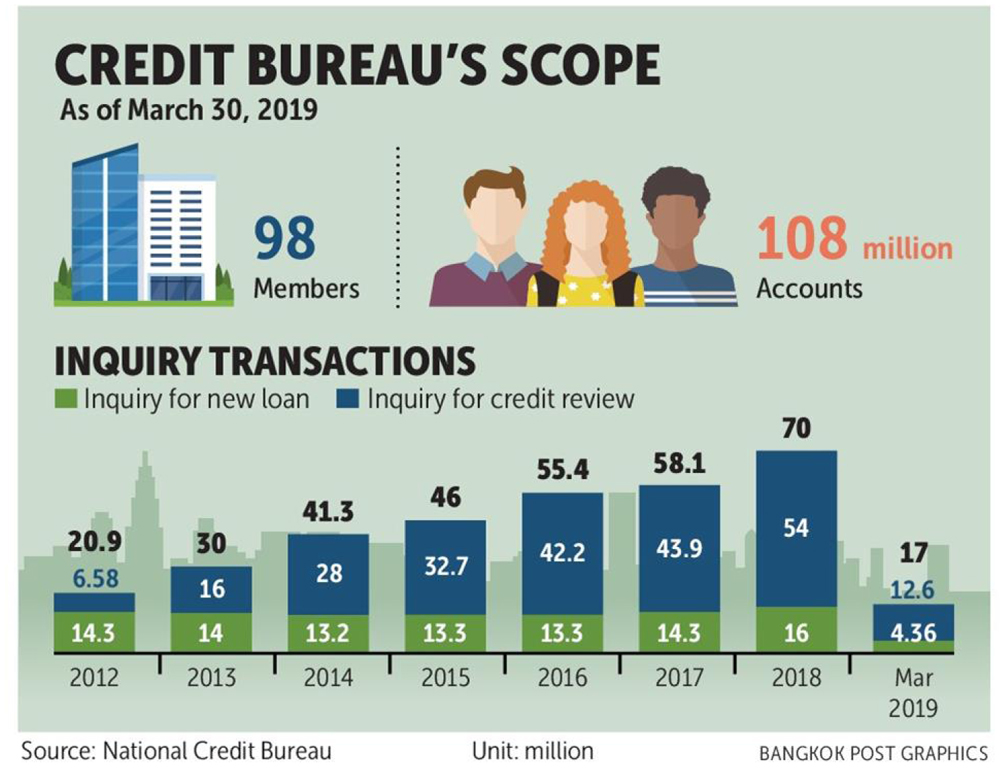 In 2012, credit inquiries for new loans numbered 14.3 million when the Yingluck Shinawatra government launched the excise tax rebate under the first-time car buyer scheme.
Thailand’s household debt amounted to 12.6 trillion baht and represented 77.8% of the country’s GDP at the end of last September, according to central bank data.
Household debt rose 5.9% year-on-year, faster than the economic growth rate of about 4%.
“The 2019 motor show [which ended earlier this month] delivered rapid growth in both new car sales and auto loans,” Mr Surapol said. “This led to concerns about asset quality and household debt, which explains why the central bank is closely monitoring the situation.”
The number of new car loan accounts is expected to be higher than last year, assuming that new car sales will exceed 1 million units.
New auto loan accounts for both new and used cars totalled 1.56 million in 2018, up from 1.33 million in 2017 and 1.23 million in 2016.
Delinquent auto loans have continued to increase over the past few years, largely from Generation Y. In 2018, 450,000 auto loan accounts with total lending of 130 billion baht to millennials turned sour.
Auto loans are a concern for the Bank of Thailand, and the market expects car lending to come next on the central bank’s list for tougher criteria to prevent financial stability from deteriorating after measures to control credit cards, personal loans, car title loans and mortgages were launched.
Mr Surapol said the regulations will control household debt but the increase in income is also needed to bring down overall household debt.
“The 2019 motor show delivered rapid growth in both new car sales and auto loans. This led to concerns about asset quality and household debt.” 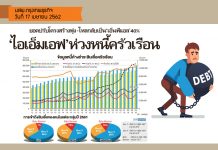 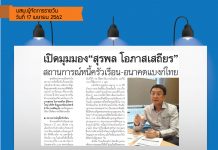